Some games are so silly you need to check them out and that is exactly how Clustertruck managed to get my attention. The basic idea is simple and works well – there is a trucker caravan and you jump from truck to truck until you reach a goal.
The faster you are the better and there are plenty of ways to collect style points along the way by jumping in hilarious ways from truck to truck. 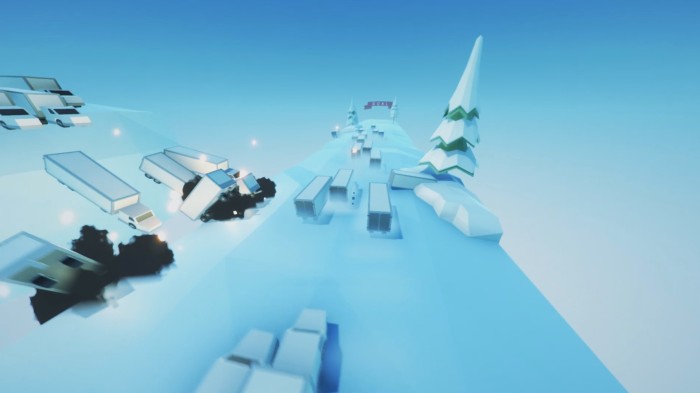 What sounds and starts simple does evolve into a game with serious ambitions to create a more or less deep gameplay!  Every run is just a bit different as the physics that govern the trucks lead to different results every time and also allow for a surprising variety on how to get to the goal.

We played this one the oldschool way in a three player setting by turning over the gamepad after 3 tries until one of us managed to finish a level … and it was hilarious! Not only did it turn quite competitive, we also developed different play styles that worked better or worse depending on the level. 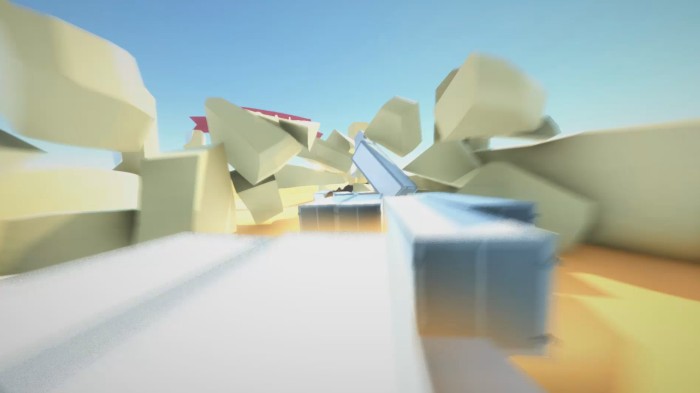 While sometimes trying to be as fast as possible seemed like the perfect strategy at other times being a more careful strategist was more promising. And even my young nephew evolved during this game into a serious adult gamer as he decided he no longer wanted more tries than the adults … it made me so proud!  And it got the gamepad back into my hands even faster.

Speed is what really makes the game shine. There are no long waiting periods and you can do several failed runs in a very short amount of time. As a party game it even works for the audience as flying trucks that get trashed by gigantic hammers is also just fun when you get to watch it. 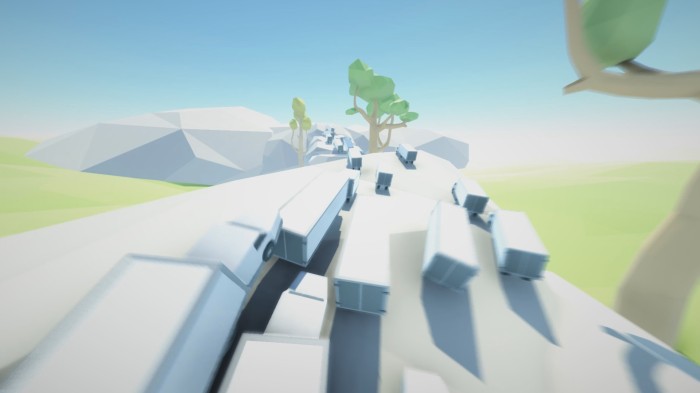 As you collect points you get to unlock special abilities like slowing down time or using a double jump. This allows you to get better placements in the global leader boards and adds another element of strategy into the mix as you can only have two abilities active at any time and not every ability is as useful. Using a double jump works always in your favor but trying to progress by using a harpoon line to pull yourself forward turns out much harder in most levels. 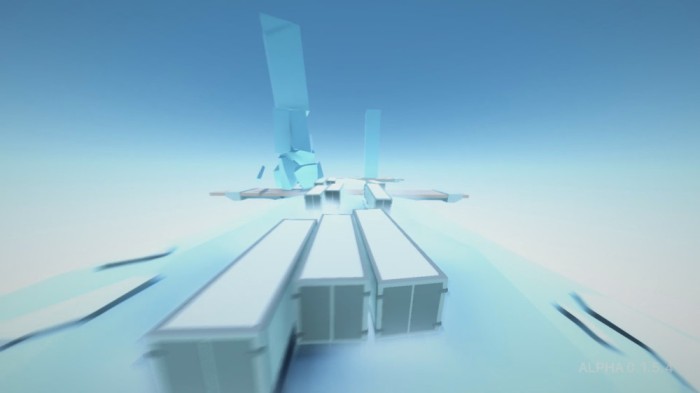 We have not yet finished the game and I am looking forward to the next time we all come together for some friendly and hilarious rivalry. Not sure I would get the same fun playing it in single player, but to me global leader boards are not what I play games for. 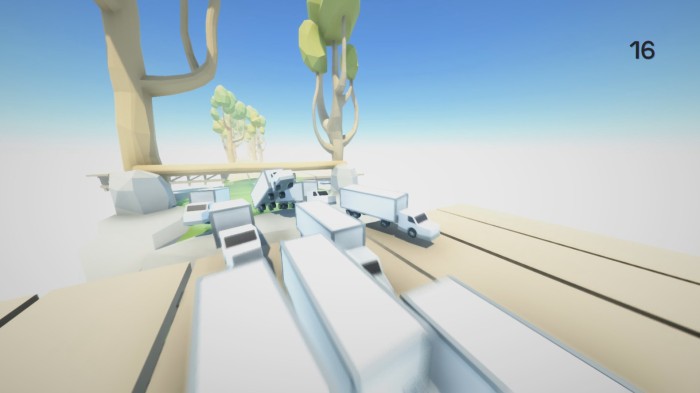